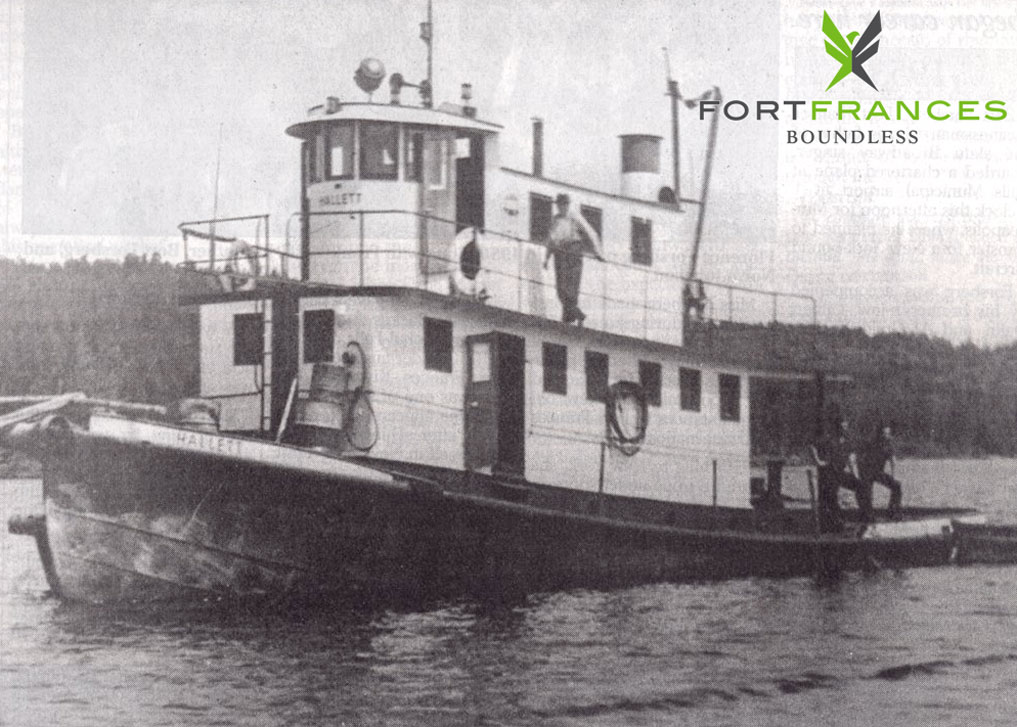 The Hallett was the largest and most powerful boat on Rainy Lake. The 60-foot, 57-ton boat was built by the Russell Brothers of Owen Sound. After construction, the boat was transported in pieces by railway flatcar and reassembled here in Fort Frances for the Pulp and Paper Mill's usage.

The Hallett was later modified to make it more suitable for pulling booms across the Lake. A change from a single to a double rudder was necessary to make the boat stable; an early towing attempt laid the boat on its side. Other renovations occured over the years, including once as a result of fire. Descpite the engines being changed and other minor alterations, the Hallett's essential function remained unchanged until its retirement.

The Hallett was used extensively in hauling logs until 1974. During an average year, the Hallett made twenty round trips of one hundred miles each. It hauled 70,000 to 90,000 cords of wood a year in average tows of 4-5,000 cords of wood that were a mile in size. Modernization of woodland operations and environmental concerns led to the demise of the lake drive. It became more economical to use a pulp truck, carrying 40 cords per load to bring logs for paper production.

In 1983, the Hallett was placed at Point Park. Restoration of the boat was completed by the Fort Frances Museum, and in 2009 it was moved to its current location at the Sorting Gap Marina.